Introducing the Father of the Online Gambling Industry – Microgaming

Microgaming was founded in 1994, and was the first company to ever offer online casino software. From the very beginning it has triumphed at everything it has done and even now is considered to be one of the best software providers out there. More than 600 brands use its software, along with more than 40 poker rooms. It offers its own bingo games, poker games and more than 350 games that are compatible with mobile devices. The company is based in the Isle of Man and is privately owned. It has found its way into the record books on a number of occasions for its generous progressive jackpots. And the good news for winners of such life-changing amounts is that Microgaming is happy to pay them immediately and in full. Rather than dribble-pay over a stupidly long period of time like some other providers.

Microgaming has been an industry leader from the very beginning

Anyone who frequents online casino sites will be familiar with the name Microgaming. Established in 1994, it claims to have released the first ever online casino. Following such an introduction, it has grown from strength to strength and is now one of a handful of leading software providers that provide the lion’s share of casino games. A standard casino powered by its software can offer players the choice of more than 850 games that include blackjack, roulette, video poker, slots and a couple of baccarat games.

Over the years, Microgaming has achieved rather a lot. Starting with its membership of Interactive Gaming Council in 1997, to numerous prestigious awards that have been won more recently. For example:

The brand claims to be an industry leader and everything we’ve read about the company backs up this claim. Let’s give you a few examples of how it is has become the leader in providing innovative gaming solutions.

In 2003, it became a founding member of eCOGRA and also won the Gambling Online Magazine’s Top Casino Software award. The following year, a large number of casinos using its software were awarded eCOGRA seals and another prestigious award was won in the shape of the Top Casino Software award. It has set numerous world records over the years for the size of its jackpots. But in 2006, its progressive jackpot total exceeded $20 million and had more than 5.5 thousand winners. The first ever online slots tournament millionaire was created in 2009, by the Grand Slam of Slots. In 2015, Microgaming’s Mega Moolah set a new world record for paying the largest online slot machine jackpot. On the 6th October 2015, it paid out £13,209,300 to a UK resident and customer of Betway. Further awards were won including Best Casino iGaming Software and Best Software Supplier Award.

While other software providers offer bespoke solutions for operators, Microgaming provides the same package of games at all of its baccarat casinos. The games have the same rules and the same odds, wherever you decide to play them. Sign up to play at a Microgaming casino and you’ll get more than 800 games to choose from with new games being added on a monthly basis. The games can be played using an instant play Flash format or desktop download. But this last option is for Windows only.

Microgaming is better known for its selection of slots and it is these that make up the biggest percentage of the portfolio. They are regarded by many as being the best in the industry and with new games being released on a monthly basis, it’s also considered to be one of the most prolific. With regards table games, some of the most popular are included. Both blackjack and roulette are available in a number of different formats, along with the lesser known Pai Gow Poker and Sic-Bo. Players of baccarat can be entertained with a choice of two different games: baccarat and baccarat gold. Both versions of the game use eight decks and standard odds are paid. There’s very little that’s different apart from baccarat gold offering bets on a player/banker pair, while the standard version does not allow such a bet. It’s also worth mentioning that many casinos offer more competitive odds for baccarat games whereas Microgaming casinos offer the standard odds found at a land-based casino. 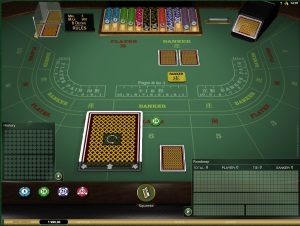 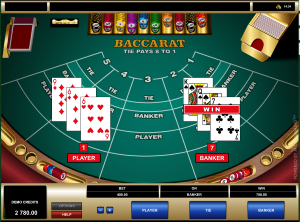 Other games that Microgaming offers include:

Enjoy a touch of sophistication with Microgaming live casino

The latest addition to Microgaming’s portfolio is a selection of live dealer games. This newest addition brings the thrill, excitement and atmosphere of a live casino to your living room. Live video streams an state of the art technology bring the table to life and enable you to interact not only with the dealer but with other players too. The selection of games is not as big as a number of other software providers can provide but the growing popularity of this format is bound to lead to far more options.

There are two mobile platforms supported by Microgaming software, both of which give players access to the best industry games. Online casinos can be played at, without the need for a download. Whereas, downloadable native apps are also available for Android, iOS and Windows users. The Microgaming mobile platforms are available in a number of different languages and feature not just games but comprehensive banking and account management options and detailed statements so that players can review what they’re spending and the games being played.

Is Microgaming safe and secure?

Microgaming is a company that’s based in the Isle of Man. As such it has chosen the UK Gambling Commission as its regulator. Under the license issued by this reputable regulatory body, /Microgaming games undergo regular testing and all new games have to ensure rigorous checks to ensure everything is fair. There is one aspect that lets Microgaming down and that’s the fact that no payout tables for its games are published. Microgaming is an internationally recognized brand and has licensed issued by various authorities. So wherever you may be located you can be sure you’ll be protected. We should point out that this statement doesn’t actually include players in the US. This is because 2008 saw Microgaming announcing it would no longer accept American players as a result of the anti-internet gambling laws that were introduced in the country.

As a founding member of eCOGRA (e-Commerce and Online Gaming Regulation Assurance), it has worked tirelessly to improve the industry. This has included the development of test systems and ensuring games being offered are fair. ECOGRA is also very active when it comes to disputes between casinos and players. All this has made it a respected independent authority in the industry. Microgaming belongs to a number of different trade organizations that focus on moving the industry forward in a positive way. One other significant organization is the International Gaming Council that helps participants in the industry to voice concerns and advance the industry.

We can safely say, that the vast majority of online casinos powered by Microgaming software are reputable, honest and trustworthy. Most offer pretty good odds, but these aren’t always better than land-based casinos. The selection of games being offered by Microgaming is huge and the graphics, particularly in slots, are outstanding. From the very beginning, Microgaming has provided a good name to the business of online gaming, and it looks set to continue for many years into the future. This respectable software provider has not once sat on its laurels and continues to churn out top quality games. The network is huge and there are millions of players who are entertained on a daily basis.