If you have been researching baccarat strategies, then you may have come across a technique called edge sorting. Edge sorting is a controversial method used by some players to try to give themselves the advantage rather than the house and here we will explain all you need to know about it. 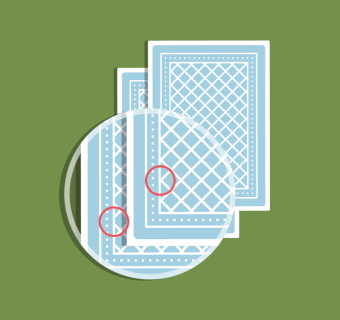 The theory is that by learning to recognize these imperfections, players will have better knowledge about which cards are going to be dealt next. When playing baccarat, players will be hoping for higher value cards (6s, 7s, 8s, and 9s) to be dealt to the position they are betting on and they will want to avoid the lower value and picture cards. If, by using edge sorting, a player knows which cards are about to be dealt, it will give them a big advantage over the house.

In theory, the pattern on the back of every card in a pack should be identical so that there is no way of distinguishing one card from another. However, sometimes imperfections in the manufacturing process mean that the patterns have small inconsistencies, resulting in edges that are not identical. If you are wondering how to edge sort in baccarat, then it is these inconsistencies that you need to be able to spot.

Many card manufacturers use a diamond pattern on the back of the cards. In some cases, the right side of a card may have a slightly smaller diamond than on the left (or vice versa). If a player is able to spot these tiny differences, then they can be taken advantage of.

However, there are more components to edge sorting than just spotting these flaws; it also requires the ability to manipulate the dealer. For example, a player might ask the dealer to rotate a specific card 180 degrees, perhaps claiming that they are superstitious. If the dealer agrees to the request, the player will then be able to recognize that card the next time it appears.

As explained above, baccarat players want to know when the high value cards are coming. This means that an edge sorter would try to manipulate the dealer into rotating the 6s, 7s, 8s, and 9s. Then, when the player spots one of these cards about to be dealt, they will bet on the hand position it is headed to. It may not sound like much of an advantage. However, if the aforementioned cards are all rotated, it will actually give a skilled player an advantage of 6%.

However, while the theory may sound straightforward, in practice it is extremely difficult. As mentioned, the first hurdle is being able to persuade the dealer to rotate cards and there is a good chance that they will have been trained to identify edge sorting attempts. Furthermore, it requires a player to have very good eyes, so that they can spot the imperfections. It also relies on the cards being shuffled in such a way so that they are not rotated. In other words, edge sorting is easy to understand, but difficult to pull off.

There are a few big issues with edge sorting. The first is that the technique has become very well known, which means that card manufacturers and online casinos are doing all they can to combat it. There is also the issue of whether edge sorting is legal.

Technically, edge sorting is not cheating. As discussed, it is an example of advantage gambling. Another famous example of this is card counting in blackjack. Card counting does not rely upon outside means to give players the advantage. This means that while casinos may try to identify card counters and ask them to leave, they are powerless to ban it.

Unfortunately, things are slightly less clear when it comes to edge sorting. Players are not using anything not provided to them by the casino to gain their advantage. They are making use of the casino’s cards, chips and dealers. However, the technique does rely upon dealer manipulation and even if players are not physically marking the cards, they are doing so mentally and taking advantage of it.

It seems that there is no clear-cut answer as to whether edge sorting is illegal. However, in both the USA and the UK, judges have ruled that it is cheating. This does not mean that you can be sent to jail for edge sorting, but it does mean that casinos can withhold your winnings and sue you.

A Cautionary Tale from Phil Ivey 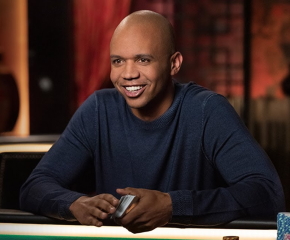 The issue was brought to a head in recent years due to the activities of Phil Ivey. Phil Ivey is probably the most famous gambler in the world. He has won millions playing poker but his biggest headlines possibly came as a result of edge sorting. If Ivey hadn’t been caught edge sorting, it is likely that the technique would have remained in obscurity.

Ivey was playing baccarat at London’s Crockfords Casino with his friend Cheung Yin Sun in 2012 and using edge sorting, he won more than $10 million. The casino was suspicious of Ivey’s success and by carefully reviewing surveillance footage and examining the cards being used, they managed to spot the technique. Ivey did not deny that he was edge sorting but claimed it wasn’t cheating.

Unsurprisingly, the casino took Ivey to court and amazingly, it transpired that Crockfords had never heard the technique. Ivey put forward the argument that edge sorting is “legitimate gamesmanship”. He lost the case in a lower court, but the judge did concede that Ivey did not believe he was cheating and thanked the player for his forthrightness.

The case was then appealed to the high court. The judges were asked to rule on what exactly construed cheating and whether dishonesty was a necessary component for something to be deemed cheating. In the end, the high court agreed with the lower court with the ruling comparing edge sorting to physically rearranging the cards in the shoe. The issue was not with Ivey spotting the differences in cards’ patterns but with the way he had manipulated the dealer.

After the London court case, Atlantic City’s Borgata Casino took Ivey to court, claiming that he had won $9.6 million from them in the same way. Ivey lost that court case as well but the legal battle went on for almost 6 years until a settlement was reached. The American case was hugely detrimental to Ivey’s career as the judge granted the Borgata permission to seize Ivey’s Nevada assets. The casino then went on to take his winnings from the 2019 WSOP. However, since Ivey has won more than $37 million playing poker, he is unlikely to have suffered too much.